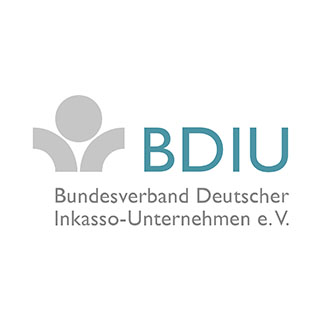 In the coming year, the EU wants to issue a regulation to implement uniform data protection standards across Europe. Now an expert constitutional law opinion, commissioned by the German Debt Collection Association BDIU, warns that the known proposals violate Germany's Basic Law as well as central European constitutional rights. They endanger, among other things, the work of credit agencies and collection agencies. The consequences would not only be borne by these two industries but by the entire European economy.

Core statement of the expert opinion: The draft of the General Data Protection Regulation defies both German as well as European constitutional law. This conclusion has been reached by IT and media-law experts Prof. Thomas Hoeren and Prof. Noogie C. Kaufmann, University of Münster. According to their analysis, the present draft of the EU regulation blatantly violates the occupational liberty of collection agencies and consequently violates Germany's Basic Law, specifically Article 12(1).

Background: According to the proposed regulation, debtors must first grant their permission before information concerning their unpaid bills can be forwarded to third parties, for example collection agencies. At the same time, Germany's Federal Data Protection Act already states that outstanding debts can be recuperated even without the debtor's permission when claims arising directly from a contract between a debtor and a creditor are involved. The draft regulation does not back away from this. But creditors must first seek debtors' permission for all "non-contractual claims" before they can commission a collection agency. This affects a great many claims, for example legal claims to compensation for damages. The consequence: Creditors would no longer be in a position to act on such claims with the aid of collection agencies.

Buying on Account Threatened
The work of credit agencies would be restricted to a considerably greater extent than that of collection agencies because the current draft would deprive them of the legal basis for their activities to the furthest possible extent. Yet the economy is vitally dependent upon credit agencies' services. For example, retailers regularly review the solvency of their prospective clients. If that should cease to be an option, many consumers would no longer be able to buy products as easily and as quickly as they are accustomed to doing, for example through online and mail order businesses.

Moreover, the proposed regulations disregard European "constitutional law" guidelines. Among others, the essential elements provision of the Treaty on the Functioning of the European Union (TFEU) and the subsidiarity provision of the Treaty on European Union (TEU) would be violated as a result. Additionally, the enactment of a regulation that would apply across Europe would be disproportionate to its intended goals, namely better protection of personal information. A regulation by means of guidelines that must be implemented by the individual member states would be more moderate and would better achieve a higher level of data protection across Europe, even considering the distinct conditions in the various EU states

Standard of Basic Rights Could Fall below the German Level
Finally, in their expert opinion, Hoeren and Kaufmann warn that if the proposals for the European General Data Protection Regulation that are known to date should come into force, then the standard for constitutional rights in the EU would fall below the level guaranteed by German constitutional law.

The Bundesverband Deutscher Inkasso-Unternehmen (BDIU), Germany's national association of collection agencies, which commissioned the expert opinion, calls on the EU to find a regulation that does not threaten the existence of a legitimate business model. "Protecting personal information is of fundamentally importance. But the proposed regulations clearly overshoot that goal," says BDIU Executive Director Kay Uwe Berg. "Under these conditions, no debtor would give permission for creditors to hand over their billing and payment information to collection agencies." In Germany, the industry executes approximately €5 billion of justified claims each year on behalf of more than half a million customers from every segment of the economy. That ensures that companies are funded and jobs are preserved.